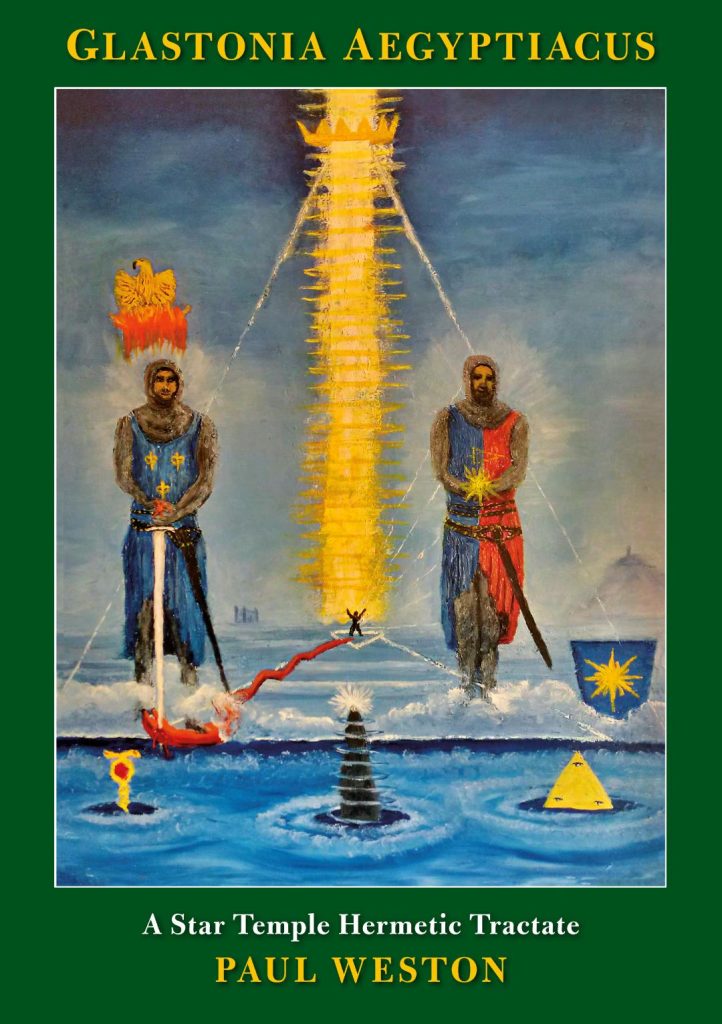 It’s the 25th anniversary of me moving to Glastonbury today, so very nice that this arrived. Previously only available in Kindle format, now in paperback in UK. 114 pages.

The extraordinary 80s adventures of Andrew Collins in the Glastonbury Star Temple that led to his investigation of the Giza plateau have been featured in my books before, particularly Avalonian Aeon. There was so much material in that book that I sometimes felt that it would be good to isolate this classic psychic questing material and let it stand on its own. So here is the directors’ cut. Everything that was in Avalonian Aeon is here again along with material originally left out for reasons of space.  There are also new details. Most notable is the inclusion of a visualisation often used by Andy that came from the Giza visions of legendary psychic Bernard G of what he called the Crystal Chambers that lay beneath the ground.  And it’s great to feature artwork by Bernard from that time on the cover. This remains for me the greatest magical mystical story I’ve ever heard. It blew my mind to pieces when I first learned about it from Andy in 1988 and going back over it I was glad to see it still felt the same.

Starting with the medieval Essex mystery of the Knights of Danbury, an expansive odyssey leads to the Glastonbury Star Temple, a secret Knights Templar ceremony, Black Alchemy, and a Hermetic blend that reveals the Morphogenesis pattern and process understood and used by a lost culture before the pyramids.  Here is the epic psychic quest at the root of Andrew Collins later work and the initial inspiration for his investigation of ancient hybrid strains of humanity.