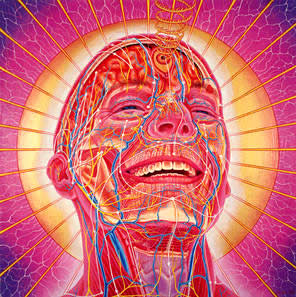 A friend of mine once confided in me a feeling of sadness that she had lost her creativity. As someone who had once painted and played a musical instrument, she had entered a phase of her life when these activities had gone into abeyance and nothing comparable seemed to be happening. The feeling that accompanied that creativity had apparently dried up. I responded by suggesting that perhaps if she looked at the topic with fresh eyes she might come to feel that in fact her creativity had never dried up at all. It was an ongoing and fundamental part of her being and the same can be said for almost everyone. With such a reframing it became possible to connect to the process and henceforth bring it to the surface in a new and richly satisfying way.

Each day our lives present us with a large number of choices. We may not even realise this consciously but nonetheless respond to them in a manner which can easily be considered creative. If we choose to listen to a particular piece of music that is a creative choice founded on a further series of choices. We might own perhaps a few hundred or more albums. They reflect predilections in taste that, however much they might be influenced by popular culture and advertising, still indicate a desire for one type of input instead of another. At a particular time of the day, one choice of sounds feels best and we act on it. Simple, but still a creative choice. Perhaps we might go to the cinema or watch a movie at home. The same criteria apply. In any given week a cinema multiplex offers a variety of films. Maybe your personal collection contains an impressive number of box-sets. Home rental services offer options for a night’s entertainment that stretch into the thousands but you chose one in particular.

Alright, that’s true, but is it really such a big deal? If one attempts to catalogue just how often this “creative choice factor” occurs in everyday life it might start to feel a tad strange. Unless you have a job that requires the wearing of a specific uniform some modest choice in daily apparel is likely. Extend this to the daily menu. Even if you are the kind of person who eats the same breakfast every day, does it still nonetheless represent a choice? Your taste in brands of tea, coffee, or fruit juice, are forms of creative choice. Chances are that sometime in the past a variety of breakfast options were experimented with and a favourite selected. Perhaps a dietician could criticise. Maybe one day you will change it again but it still demonstrates a choice. Expand this to include every product used in the course of a day. Even if the choice of toothpaste in the local megastore is comparatively limited and represents the output of a few global corporations who have swamped you with advertising you will make a choice based on some kind of personal taste. You will manifest a creative expression of —- what?

Here we find that this consideration of the minutiae of daily life has perhaps led us to a most interesting question. Who or what makes the choices and how? We can postulate the existence of some part of the psyche that is at work throughout the varying areas of our lives expressing through an ongoing series of creative choices the taste, the preferences of — you. Perhaps one could attempt to deconstruct these apparent acts of free will into conditioned reflexes we have unconsciously and automatically had impressed upon us by society, by force of habit. This idea could be used to enter into a disempowered cul-de-sac or lead to an essentially creative enquiry to try and unravel where that might be the case and then move on beyond. Can we apply such conditional criteria to why our favourite month might be June or September or we are particularly moved by the sight of a full moon rising on the horizon?

In the manner of the kind of “Thought Experiments” beloved of physicists, let us see if postulating the existence of a fundamental part of ourselves that is constantly expressing a creative free will in the manifestation of its aspects, qualities, its personality, might prove to be of use to us? If we were to assume that such a mysterious entity might indeed exist it would mean that it would have to be functioning in our own lives at the very moment we contemplated it. It would not be elsewhere. Perhaps the very act of contemplating its possible existence was a subtle way in which it had chosen to reveal itself. Maybe this was a most distinct kind of creativity. Maybe creativity is so fundamental to the mystery of individual identity that the two topics are essentially inseparable.

I invite you to be willing to believe this might be the case and see whether or not the concept could prove fruitful. Recognise the creative choices being made in real time during the course of a day and try and step back and relax into the space inside from which they arise. That mysterious space might seem silent and empty but is somehow simultaneously overflowing with creative choices. Having catalogued just how many choices you are already making leads to a realisation the Buddhists have long known. Every single thing that happens to us in a way that registers on our senses is somehow analysed, interpreted, and responded to on the basis of previous data and emotional tendencies. Those tendencies might be on automatic pilot so that some fresh situation with an emotional flavour is responded to on the basis of a previous problem and the result is inappropriate and may lead to further difficulties. There is, however, a very brief moment when we make a choice as to how to respond. The timing is so rapid that many people would be unlikely to realise that a choice was even being made but it was.

That brief moment represents one of the most radical revolutionary world-changing possibilities of human consciousness and can serve as a doorway into the vast wisdom tradition of humanity. Who or what is it that is aware of that brief moment and can choose how to respond, can step apart from habit and conditioning and act freely? It’s that same elusive, creative force at work on a daily basis. The Buddhists don’t even believe in a Self in the way that westerners identify with the ego as centre of gravity. The Hindu Advaita Vedantist non-dualists might say we are being lived by the Self that is alive as all beings. All of that is galloping way ahead. Never mind the mystical terminology. On a daily basis we are manifesting the choices of some remarkable aspect of our total identity. If we acknowledge it and invite it to come forth more strongly, that we are totally into co-operating with it, it may well help us feel a lot better and get those creative juices flowing. If so many of our daily decisions are somehow made by whatever “it” can be said to be, then it is in some fundamental manner, more conscious of our true life than the everyday self that has perhaps scarcely noticed it. It’s nearer to the mystery of our true identity. So say “hello me, what’s happening?” This is where the fun really starts. 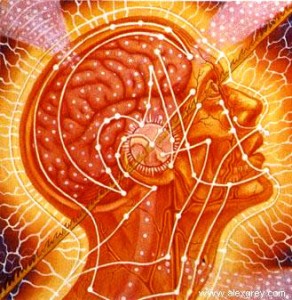 This entry was posted in Personal Transformation and tagged Creativity, Spirituality. Bookmark the permalink.