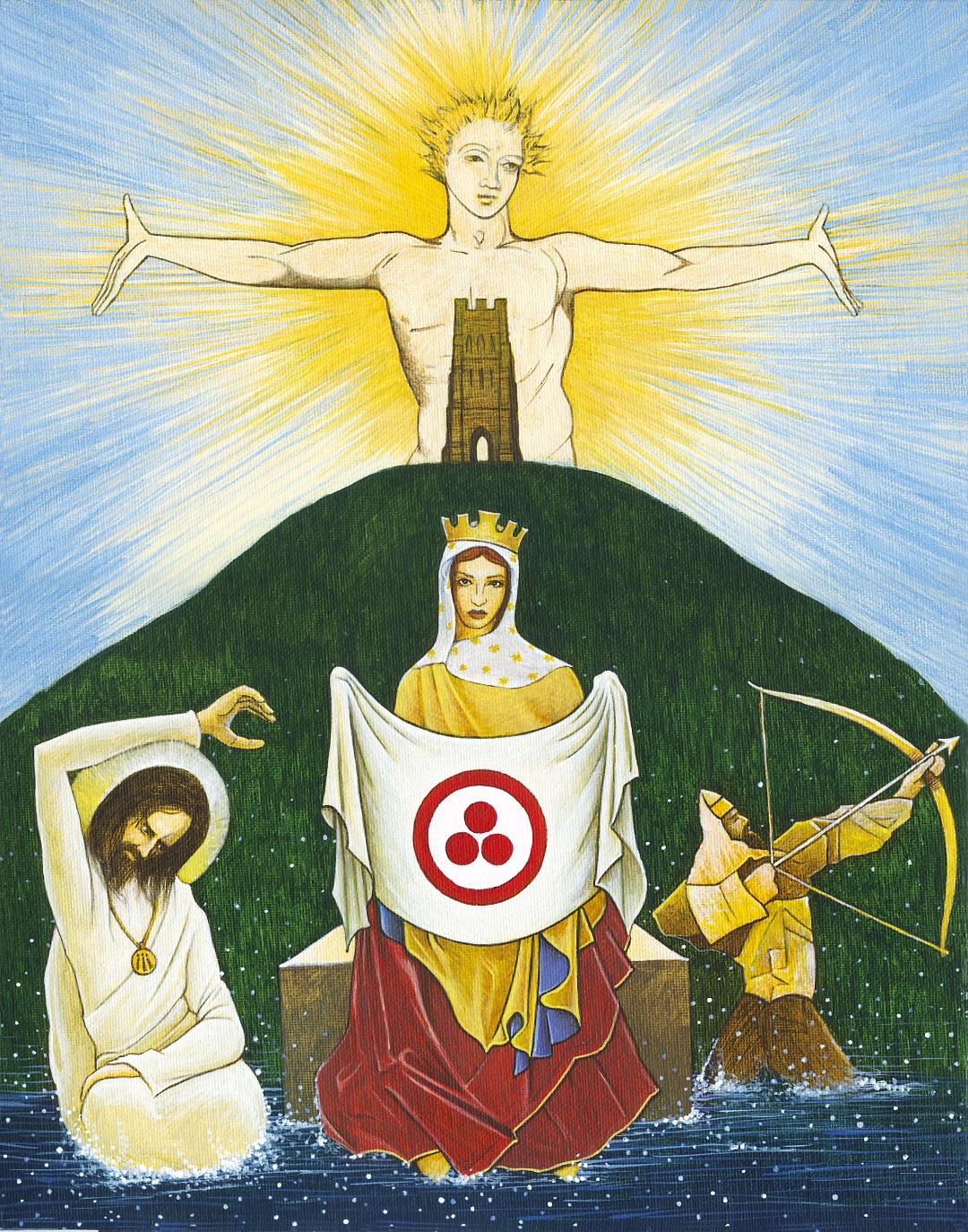 It’s July 23rd, a date which, thanks to Robert Anton Wilson, I think of as Cosmic Trigger day. I like to make it a bit special and try and set the flavour for the rest of the summer period which tends to be the most intense and powerful part of the year for me. 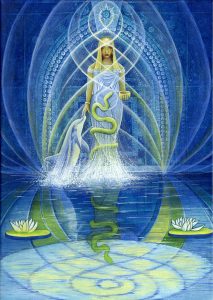 On this day last year, I premiered the Yuri Leitch artwork for my book Atargatis, which was still six months away from completion. I’m very pleased to be able to do the same again, with the last work that Yuri did before his 50th birthday last weekend. This time though, the book is already at the printers and should manifest for the Glastonbury William Blake Festival.

There is some interesting further continuity. The face of Aria Astra Amorosa features again on the figure of Our Lady of Glastonbury in the form of the Roerich Madonna Oriflamma. 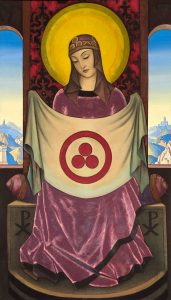 Atargatis features a consideration on the Shekhinah, a form of the divine feminine in Judaism that seems to be rooted in the  ancient Canaanite goddess Asherah who was installed in Solomon’s Temple for some time and was, effectively, the wife of  Yahweh.

The Shekhinah is back again as I delve into the Kabbalistic influences on Blake and examine his idea of Jerusalem. More details to follow but, for now, here is the imagery. 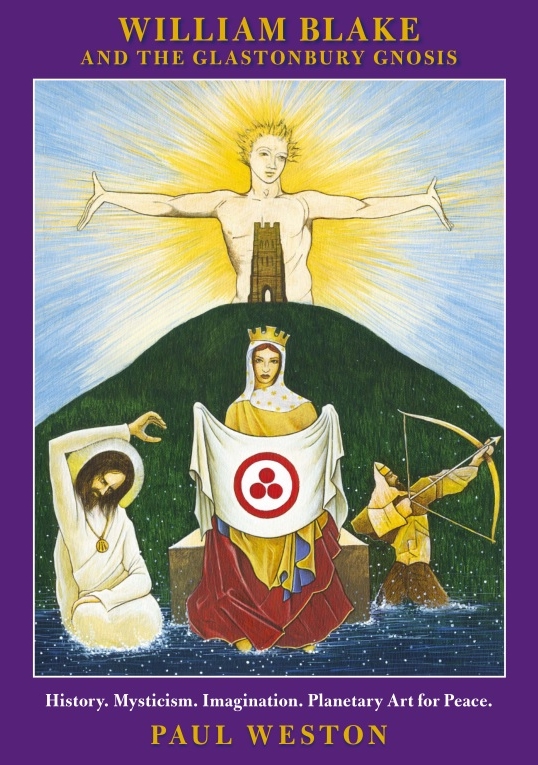