Thanks to the Lockdown epoch, I haven’t spoken in public for over 2 years now.  My brain has remained buzzing and when I get invited onto podcasts there is plenty of material to pour out. When that podcast is generally concerned with High Strangeness UFOlogy, Whitley Strieber etc, then I’m even more likely to go into overdrive.

I’ve covered some of this ground before. The theme of the secret life revealed by Strieber’s Communion I first mentioned in Avalonian Aeon and then expanded to bring in Castaneda in Atargatis. The whole crazy tale of the midget ETs dancing to Abba is featured in Atargatis, along with further Strieber considerations. The ‘Free Preview’ here reveals that material.

The story of Anthony Roberts 1969 UFO experience and where that led was the central focus of my book The Glastonbury Zodiac and Earth Mysteries UFOlogy. I got to retell it on Ancient Aliens but it a lost a bit in their edit. My 2015 book launch presentation at the Glastonbury Symposium does it justice.

I think this might be the first time I’ve talked about the 2015 Glastonbury UFO Bodybuilders Day Out which saw me sitting in the George and Pilgrim Hotel with 6 times Mr Olympia Dorian Yates hearing directly from Nigel Frapple the amazing tale of his 1954 UFO experience. (A lengthy interview telling the tale in full was posted this year). 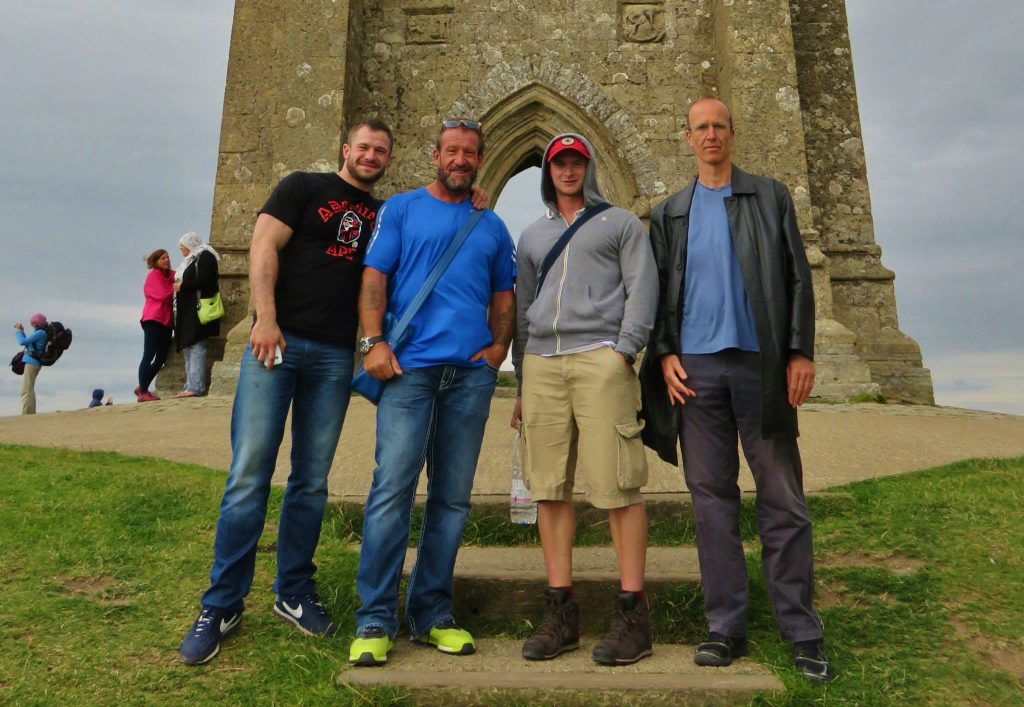 Nigel wasn’t up for the Tor challenge but here is Lewis Yates, Dorian Yates, Lee Frapple, and myself.

We also cover the vexed topic of Nazi UFOlogy, Vril and Maria Orsic.

I finish with a little teaser  from my current Colin Wilson project involving Robert Graves. It gives a flavour of what will hopefully be my return to live events at next February’s Glastonbury Occult Conference (postponed from 2020 with most of the original speakers appearing).

This entry was posted in Uncategorized and tagged Glastonbury, UFO. Bookmark the permalink.