Arthur and Osiris: a mood in a Glastonbury sunset 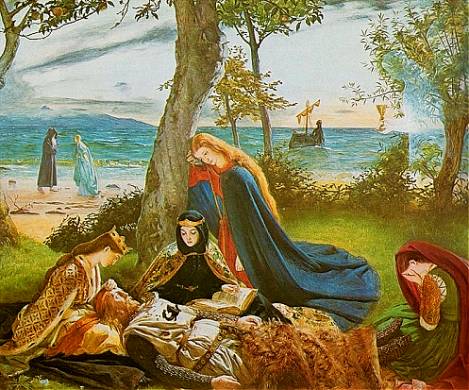 Death of Arthur by James Archer

I have suddenly felt inspired to post a piece initially written in Spring 2009 after having just returned from Egypt to Glastonbury in bloom. I found myself irresistibly musing upon one of the more fanciful ideas concerning the towns’ most famous associations.

In Mysterium Artorius I briefly dealt with the comparisons made by Lewis Spence between Arthur and Egyptian Osiris. After being killed by his treacherous brother Set, Osiris (who is portrayed as initially an Earthly monarch of great wisdom and power) was taken on a boat across the Nile by the mourning sisters Isis and Nepthys to a western paradisiacal land of bountiful fruit and grain, to reign as a lord of departed souls and await his resurrection. The Nile was identified with Osiris. He was known as Lord of the Fish in this aspect. At a certain stage in its inundation the river becomes red with soil, considered to be the blood of Osiris and this stimulated the fertility of the land in a Grail-type manner. The role of Mordred, echoes that of the treacherous Set. The whole scenario is full of incestuous tensions. Arthur’s departure with the ladies on the vessel to Avalon, the otherworld western apple isle, and the promise of return, seem to rather strongly echo the Egyptian story. To think of Arthur as Lord of the Dead can be a very potent idea. In this role he is ruler of the ancestors, all of them, from the Stone Age to the Somme and beyond. Arthur awaits times of national emergency to return as saviour. Osiris navigates the underworld to help the sun to return each morning. In the early stories Arthur journeys to the otherworldly realm of Annwn in a magical boat. Is there maybe something similar here to the nightly boat of Osiris? It’s very easy to see all this as tenuous. 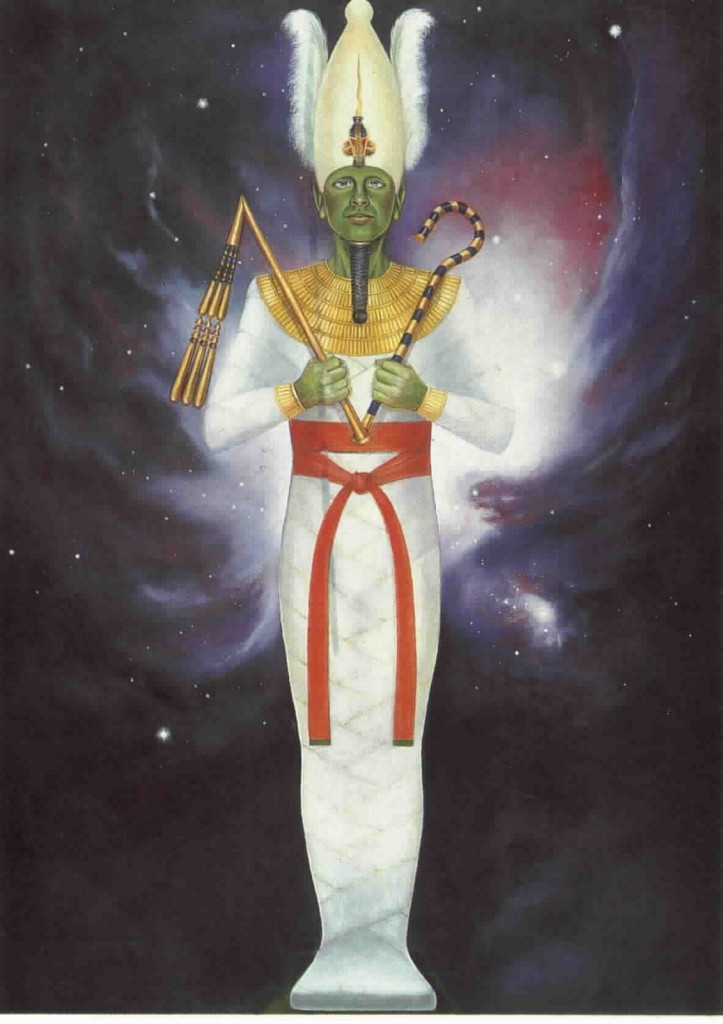 Are we talking about some kind of archetypal myth in a Jungian sense or can there possibly be a physical link between Britain and Egypt that carried the tales? Many mystics and magicians, psychics and visionaries for a century or so now, have felt some kind of Egyptian presence in the English landscape, usually interpreting this to indicate real travellers. This has ranged from the kind of crank etymology where the presence of the letters RA together in any place name are taken as proof it was a former Egyptian settlement to the more credible archaeological speculations in Lorraine Evans Kingdom of the Ark that examines the remarkable old tale that Scotland was named after the daughter of an a Egyptian Pharaoh.
Dion Fortune, reviver of the mysteries of Isis and extoller of Arthur’s Avalon of theHeart, was a forerunner of this blend, living at times near the foot of Glastonbury Tor just a few hundred yards from where I am writing this.
The incredible magical psychic saga of the Green Stone, described in the Graham Phillips and Martin Keatman book of the same name and Andrew Collins’ Seventh Sword tells of refugees from the fall of Akhenaten coming to Britain already knowledgeable though prior contact with Megalithic priests of its sacred sites including Glastonbury and Avebury. Their presence lingered in the airwaves until a reawakening in the modern era. Could Egyptian vessels really have travelled to Britain? Might they have followed the path of the sunset in search of Amenta, their realm of the dead?
When I first moved to Glastonbury in 1995 I was startled to discover just how many people were dedicated to Egyptian mysteries in one way or another. There was (and still is) a strong Fellowship of Isis presence. A lot of people are convinced of past-life associations. Some could feel themselves to be former monks of both Glastonbury Abbey and Karnak with their interlinked mysteries of sacred geometry. The tumultuous period of the heretic ruler Akhenaten and his family that included Tutankhamun was a particular favourite. I even got an informal discussion group together to see what might happen if a number of such people all gathered together. This was the nineties though. Space aliens and New World Order conspiracism seemed to be the preferred topics of conversation.
The Albion Egyptian connection can’t be historically proven but that’s not the point. There’s a powerful evocative mood around all this that speaks of magic. Inspiration and beauty are its fruits. It’s been a perfect spring evening and the sun is beginning its descent as people gather on the Tor to watch it. As the darkness gathers and the stars come out, the ancient myths blend together as one and from that Grail the coming mysteries of the 2012 hoedown will flow. 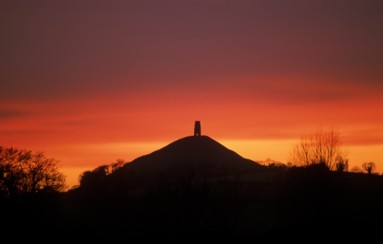