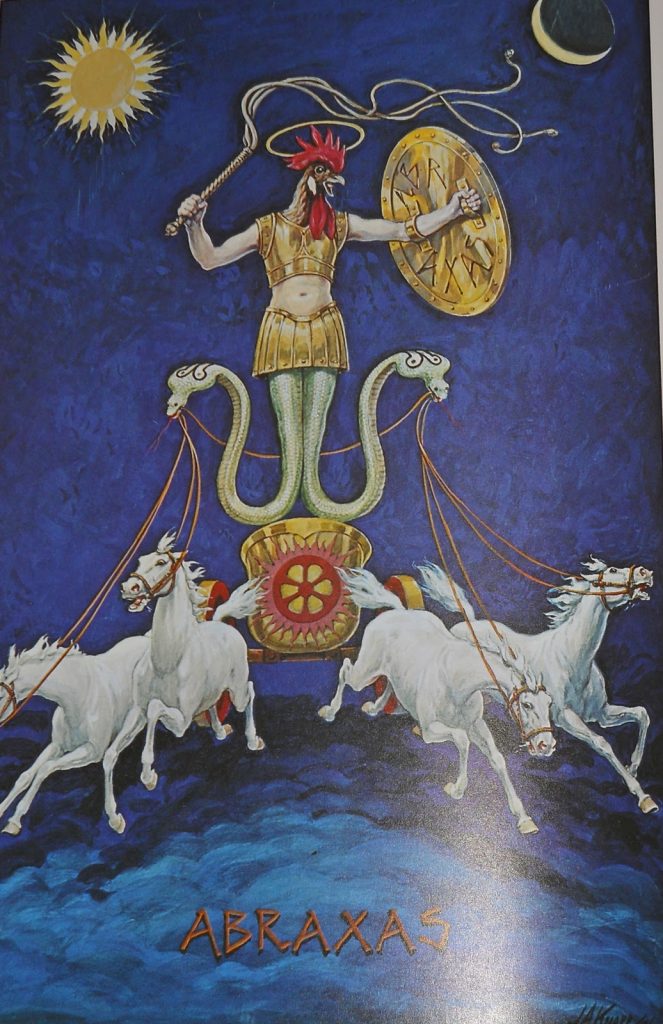 I was very fortunate during the late eighties and early nineties to attend a number of conferences that provided a template for all round excellence and how I would come to feel such gatherings should function.

A conference featuring occult, mystical, and paranormal themes, should obviously first and foremost provide great presentations from notable interesting people. Ideally they should not just be dry and academic. Such subject matter can be alive and full of voltage, having strong and varied effects on those that are exposed to it.

The early Fellowship of Isis conventions were extraordinary gatherings. They would feature eclectic ceremonials presided over by diverse, inspired, powerful, knowledgeable, experienced individuals, sometimes brought together for some unique episode. These ritual procedures could be tangibly felt to be creating a non-ordinary space. The later experiences of those present, stretching out months into the future, involving dreams, visions, synchronicities, new or enhanced interests, spoke eloquently of the potency present. There were straight-forward lectures as well but their topics were such as to gel with the total effect and likewise provide stimulus for the aspirant. I consider that the FOI was an effective Inner Plane Mystery School in those days and to attend the conventions was to cross a threshold and for that step to be somehow registered. More could easily follow.

I used the term aspirant instead of attendee or delegate. People who go to such events are unlikely to be just passive consumers, information nerds. They are bringing something in themselves that is actively seeking to interact with what’s on offer in some way. They don’t want to leave as exactly the same person they were when they arrived.

Andrew Collins Psychic Questing conferences often led some of those present to plug into the lecture material and have visions and dreams of their own relating to it. More than a few over the years had most unusual experiences whilst the presentations were occurring right in front of them. The most notable example was when the story of the discovery of some of the fabled Meonia swords set off a vison that ultimately led to the location of another sword.
During the same period of time that I was experiencing those great events, I was also increasingly under the influence of the Glastonbury effect. This is fully expounded in my Avalonian Aeon. Suffice it to say here that the archetype of pilgrimage, of the transformational journey to sacred places, still functions in the modern world, still serves a deep need, and the mystical capital of Britain is a magnet for many. I have long said that the place is not just a museum, a relic of the past. That which gave the place its allure is still functioning today with considerable multi-faceted power.
It’s an obvious idea to try and combine all of this, to have an inner plane inferno of a conference in Glastonbury featuring a vibey combo of unique talents. The allure of a visit to the place would be amplified considerably.

Over the last few years this process has begun. There has been a regular sequence of conferences, at some of which I’ve spoken myself, where the cast of characters, and that includes the presenters and audience together, have increasingly gelled. Momentum was established.

The organisers have changed and now the Visible College, steered by the energetic networking of Sef Salem, are presiding. My personal experiences at the recent Autumn Session have convinced me that escape velocity has now been attained. The checklist from my remembrance of conferences past got thoroughly ticked. The convergence was like something out of my Avalonian Aeon.
The date of my lecture, October 5th, was not set by me but it happened to be the very halfway point of my personal year as my birthday is April 5th, so that was initially a pleasing indication of a decent day.

I lectured on the connections between Crowley’s Book of the Law and Jung’s Seven Sermons to the Dead. It’s a topic featured in my Aleister Crowley and the Aeon of Horus. I’ve spoken on it before on a number of occasions, including Blog Talk Radio. When I heard it was going to be filmed for subsequent internet viewing I felt it was worthwhile to get a good powerpoint presentation together and this led to me giving it a lot of attention.
There was a personal Glastonbury story that I intended to add. It involved myself and Andrew Collins putting an Abraxas figurine on the altar in the Mary chapel in Glastonbury Abbey and me reciting some of Jung’s words from the Seven Sermons. It was a strongly heretical action that could easily have caused offence although none was intended. It led into my discovery of Jung’s little-known visit to Glastonbury.

In the weeks leading up to the conference, whilst I was preparing my visuals, my attention was also energised by some news from the Abbey. An event was set up in October featuring a Henry VIII impersonator. I considered this to be in dubious taste considering the fate of the Abbey, and particularly its last Abbot, who was horribly murdered on the Tor by Henry’s hit-squad. I wrote to our local paper expressing my disquiet.

With only a few days to go before the conference, Sef discovered that the venue was double-booked. He was extremely fortunate to be able to get the George and Pilgrim function room. I immediately knew what this meant. The building dates back to the last days of the Abbey. Its function room sports a large portrait of Henry VIII.

On the Thursday before the conference, the Central Somerset Gazette featured the Henry controversy, quoting extensively from the letter I had written. In nearly twenty years of living here, after perhaps two-hundred public presentations and three books written and published here, this was the most visible I have ever been in this town.

So, on the exact halfway point of my year, watched very closely by Henry VIII (his portrait was barely six feet away from me), I spoke, last person on a two-day event, of my terrible Abbey Abraxas heresies whilst being simultaneously the defender of the Abbey’s history and heritage. A wonderful Jungian coincidence of opposites. The timing and convergence of events was remarkable and clearly a manifestation of my mysterious True Will, the star that I truly am.

That such spectacularly weird shit can manifest in a Glastonbury occult conference I take to be a very good sign indeed. The machine is switched on. The whole damn gathering was outstanding. All the presenters shone. We have a film record to prove it. All of this clearly psyches us up nicely for the next one. I’m going to be following through on my Gnostic revival theme by lecturing on another old favourite of mine, the Babalon Working. I look forward to next March and another equinoctial tide. 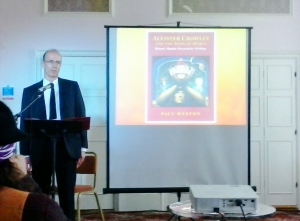 This entry was posted in Aleister Crowley, Glastonbury, Personal Transformation. Bookmark the permalink.