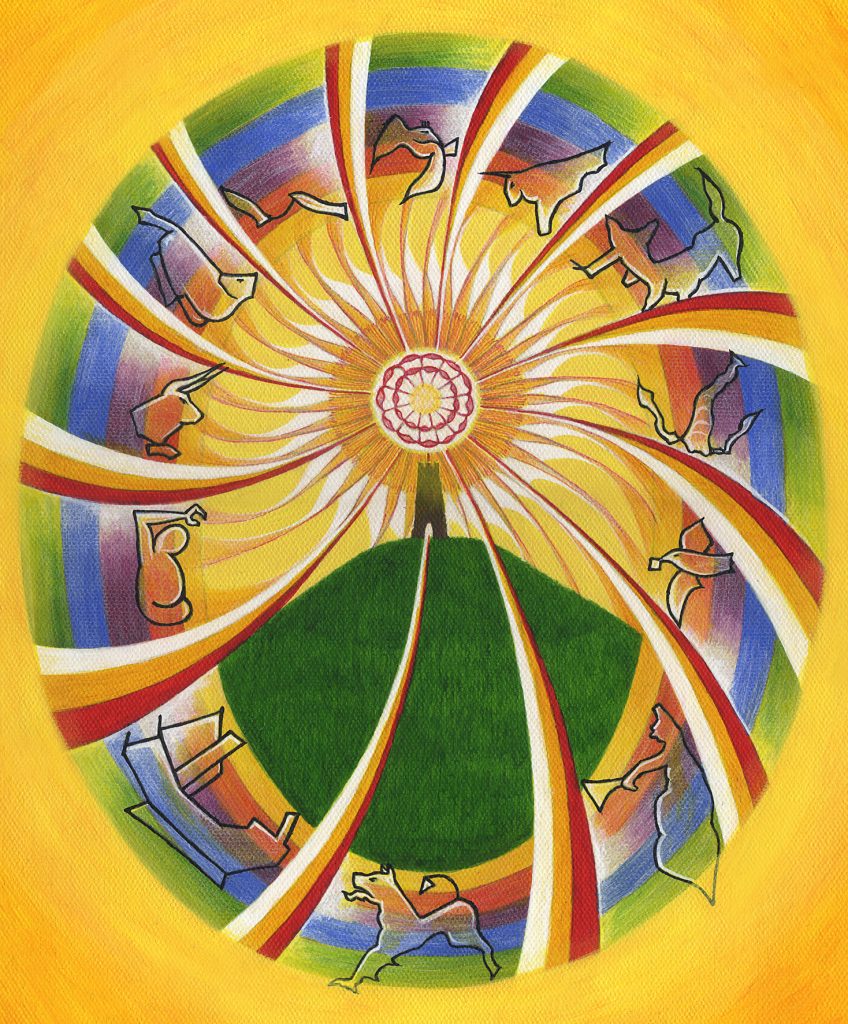 Here, for midsummer, is a Glastonbury version of the Crowley Thoth Sun card. It has been painted by Yuri Leitch to my design: ie my idea to substitute Glastonbury Tor for the hill featured in the original and to use the alleged landscape zodiac figures instead of the usual images.

The image is intended for the cover of a new edition of the classic seventies anthology Glastonbury: Ancient Avalon, New Jerusalem for which I have written an extensive introduction. This work should manifest by the summer of 2015. 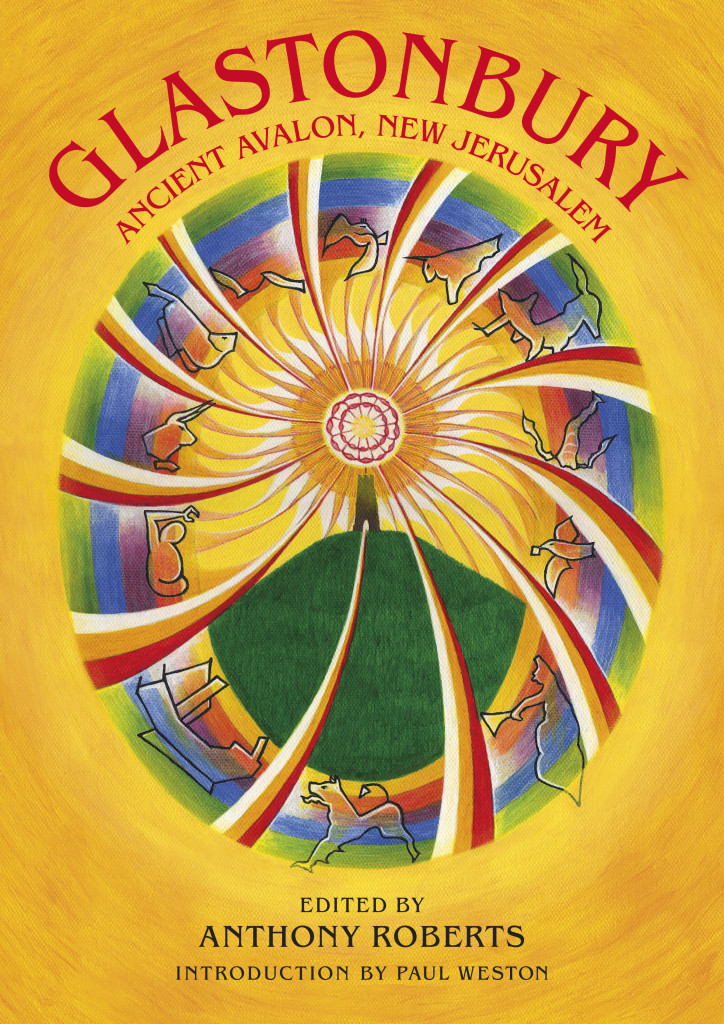 This entry was posted in Glastonbury. Bookmark the permalink.