Joseph of Arimathea and the Soul Poetry of Glastonbury 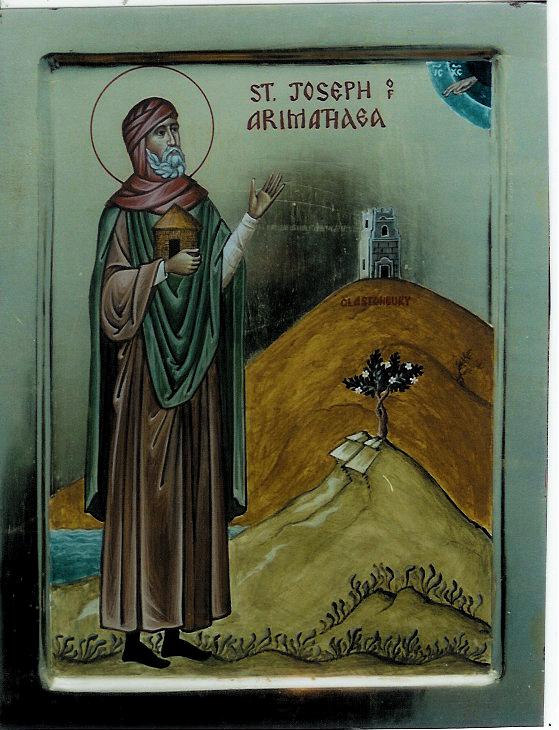 Today March 17th, as well as being the famous Feast of St Patrick, is also one of the feast days of Joseph of Arimathea and it is a date on which I always pause to contemplate him.

There are a number of legends entrenched in Glastonbury, stories concerning Joseph of Arimathea and King Arthur, that no amount of academic debunking can dislodge. This can annoy the hell out of historians, especially when hearing such stories uncritically retold as if they were of the same level of data as the Battle of Hastings or the Fire of London. The infuriating or inspiring thing about Glastonbury is how the real history, and it is indeed a remarkable one, and the mythology, are so difficult to separate. They feed into each other.

I try and appreciate what it might be about Glastonbury that could not only support the creation of such mythology but powerfully sustain it through the catastrophic destruction of the Abbey during the Dissolution of the Monasteries and on into a modern regeneration. It is really not as simple as the base motives of forgery and a desire to make money from pilgrim credulity.

In Avalon of the Heart Dion Fortune wrote ‘that the poetry of the soul writes itself at Glastonbury.’ I have happily adopted the term soul poetry for celebrating the numinous charisma of the place. I believe that the landscape of the area can have a profound effect on what might be called the higher emotions, the part of us that can appreciate a work of art, poetry, music. A sunrise or sunset seen from Glastonbury Tor hits the same spot. The Glastonbury myths are a work of art. A work of art that is alive and mutable for each new generation but carrying something distinct and eternal. 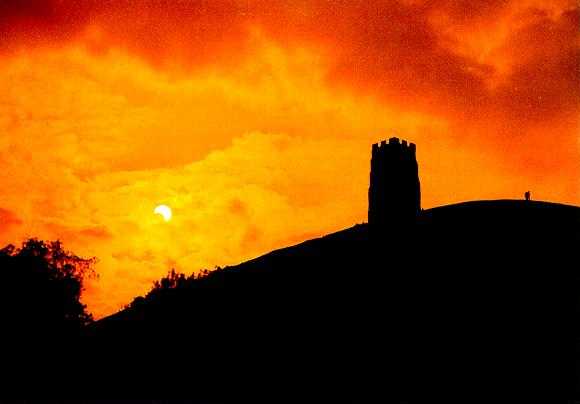 It is at the beginning of the Roman era that one of Glastonbury’s greatest mythological events is supposed to have occurred. Joseph of Arimathea, who the New Testament tells us provided the tomb for Jesus, journeyed from Palestine to make his home in Somerset, either in 37 or 63 AD. No written forms of this story exist prior to the Norman Conquest. This mythos has become perhaps the most enduring of all Glastonbury tales, resolutely refusing to dissolve before the sceptics. It’s one of those classic Glastonbury stories that attracts or repels people with equal force. Geoffrey Ashe makes the interesting point that academics often react just as irrationally as mystical space-cases to this material. The derisive tone of many detractors can be every bit as emotive as the devotional mystic. The Joseph story has left us with perhaps the last functioning medieval-type saintly relic. Supposedly he arrived at Wearyall Hill and planted his staff into the ground. It sprouted and became the famous Holy Thorn. The current form of the story doesn’t appear during the days of the Abbey but the thorn is of a type originating in the Middle East. Perhaps a Crusader brought it.

The Arimathean mythos has impacted significantly on the greater life of the nation. An extreme form of the tale has Joseph as the uncle of Jesus. He comes to Britain with the young Christ as part of an involvement in the Cornish tin trade. It appears to be this idea that inspired William Blake to write the words that, now known as Jerusalem, have since been set to music and become our “second national anthem.”

“And did those feet in ancient time

It is a measure of the potency of the mythos that when the tree was decapitated in 2010 it made newspaper headlines around the world and saw people crying in the streets of Glastonbury.

I’m not quite sure if the sceptical academics and general haters of Glastonbury would like to remove all such manifestations from our culture. I would refer them to the works of Jung, Joseph Campbell, and Mircea Eliade concerning myth as a vital natural human function, necessary to the health and sanity of the individual and body-politic, and a measure of the well-being of the society it arises from. I would affirm that there exist certain special numinous places, somehow able to inspire the tribal tales that any culture needs to understand its identity and needs, its potential destiny. As Geoffrey Ashe connected me ever more strongly to its history, I became increasingly convinced that Glastonbury seems to be such a place, a place where history and mythology, two hemispheres of one greater brain, are almost impossible to separate.

Early on in her magical career, Dion Fortune worked as a medium for Frederick Bligh Bond. In an anticipation of her later opinions concerning Arthur, Merlin, and Morgan, she stated that Joseph of Arimathea was not a solitary individual but a title. Likewise, the Holy Thorn tradition predated Christianity. There had once been a major mystery cult centre in Glastonbury on Wearyall Hill. People came from the Middle East in ships of the tin trade to receive initiations there. There was a strong Druidical elemental flavour to the work. This is of course seemingly crazy Glastonbury stuff but it has a strange potency that clearly partakes of the magic of the landscape and offers another entry point into the Avalon of the Heart.

In my video, A Glastonbury Abbey Dream, I try and evoke its soul poetry.