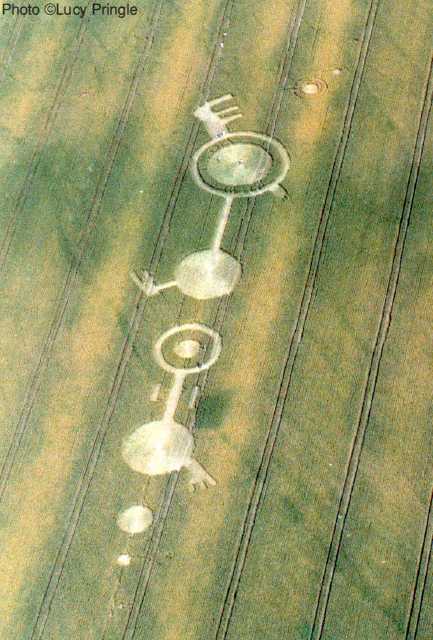 What have I been doing?

First and foremost, the birth of my second son at the start of August made a bit of a difference to my writing schedule!

Secondly, after nearly a year of working on a Dion Fortune centred book that will be a companion volume to my Aleister Crowley and the Aeon of Horus, I have suddenly had a series of synchronicities and general indications that I need to return to Aquarian Phoenix, the follow-up to Avalonian Aeon. The material already written is full of 2012 related themes so it seems a good idea to try and actually finish it and get it published before that much anticipated year has come and gone. It’s going to be unashamedly far-out in all the best ways, dealing with Glastonbury, Giza, Shambhala, Quetzalcoatl,and a Zechariah-Sitchin-free wealth of Nephilim material from the work of Andrew Collins. All of this will be focused around psychic questing and the seven Meonia swords.

Here then is a little taster of the work in progress, a section quite near the beginning that deals with the early nineties expansion of the crop circle phenomenon.

It was an event that rapidly attained mythic status, making verification of some of the details difficult to establish. The location was the quiet Wiltshire farming village of Alton Barnes, a few miles away from the famous megalithic sites of Avebury and Silbury Hill. During the early hours of the morning of July 12th 1990, the local dogs began barking and would not stop. Some accounts mention a thunderous rumbling sound in the sky, possibly suggestive of a low-flying plane. Farmer Tim Carson was moved to investigate his fields around 2.20am. He was aware of a vague anomalous shape in the wheat. Daylight revealed a scene that would soon be shared across the world via an immediately ravenous media. It was a huge crop formation consisting of circles, keys or tridents, rings, and straight lines, in a design that appeared both meaningful and inexplicable. The scale and design exceeded all previous manifestations. A uniform flatness of the indented crop, coupled with the clockwise swirling in the circular sections, added to the mystery. Local car batteries were now suddenly dead. It was as if a force field was emanating from the mysterious pictogram. TV crews, so it was said, found their equipment malfunctioning within it.

Strange circles had been appearing in summer fields with increasing regularity during the eighties. The subject had begun to intrude into popular consciousness. Theories ranging from rutting hedgehogs and plasma vortex whirlwinds to ETs had been put forward. 1989’s summary of the action so far, Circular Evidence by Pat Delgado and Colin Andrews, became a major publishing success. The Alton Barnes pictogram was a quantum leap in the phenomenon that made conventional naturalistic explanations seem unlikely.

In the weeks ahead, the Carson farm opened itself up to a remarkable influx of visitors drawn from across the world. A most peculiar mood was apparent. There was widespread euphoria. Strangers readily conversed. A kind of contact-high was in evidence. Simply setting foot in the temporary temple seemed to induce an altered state of consciousness. In some, these changes were to prove radical.

The agri-glyph seemed to be a message in some tantalising unknown language that many felt they somehow recognised and were strangely moved by. The image was rapidly spread through the media across the planet. Led Zeppelin featured it on the cover of their Remasters compilation album.

In the coming decade, what came to be generally known as Crop Circles would function in a similar way to the UFO phenomenon during the sixties, serving as a strange trigger effect whereby a whole expansive package of unusual ideas were activated. In fact Warminster, Britain’s major focal point for classic sixties UFOlogy, was remarkably adjacent to the main Wiltshire matrix. Some minds immediately leapt to Extra-Terrestrial conclusions. The ingenuity involved in interpretation was considerable.

This entry was posted in 2012 and tagged 2012, Crop Circles. Bookmark the permalink.

2 Responses to Harbingers of World Change