After a lost hard drive prevented them from uploading, Glastonbury Symposium have given me permission to post my 2015 presentation that launched The Glastonbury Zodiac & Earth Mysteries UFOlogy. Really pleased about that as it is one of my faves.

This was the first time I put myself through the fun and stress of back-engineering a book to launch at a specific event, a crazy strategy I would adopt another 5 times.

I always enjoy (and that’s a mild term) the writing of my books but the combination of the subject matter and the time of year I was working at fever-pitch, from June to July, have left me some of my strongest memories.

The fact that it’s almost five years ago and this footage has only just appeared online is another aspect of its nostalgia factor for me. DVDs were initially on sale and I had a personal copy. Glastonbury Symposium have been gradually uploading old presentations but mine was among some that were lost. 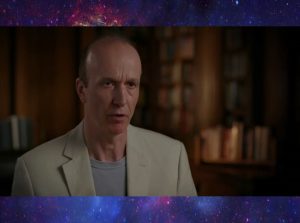 I have since appeared on Ancient Aliens, getting a brief few moments to discuss the core material in the book but the edit was extremely frustrating. The UK is 6 months behind the US broadcast so I had forgotten all about it when it was screened again a few weeks ago here. It’s very satisfying to present all this as I would want it to be seen now.

I have to have a soundtrack for the writing of all my books. With this one I went back to some obscure mid-seventies prog. In Search of Ancient Gods by Absolute Elsewhere was inspired by the von Daniken book of the same name. It was originally sold with a gatefold cover that held a brief booklet introducing the subject matter. The production was in quadrophonic sound so, even if just listening with 2 speakers, there were weird effects designed to enhance the feeling of moving sound. It’s not up-there with the likes of Tangerine Dream but I did listen to it in dark rooms under the influence of a lot of hash many times decades ago when I had barely heard of Glastonbury. On that basis it was strangely moving to resurrect it for such an episode in my life. I have no idea what a new listener would make of it.

It was also nice to revisit an audio-visual promo video I did for the book in 2015 as well, featuring all of the visuals from the lecture and plenty more, accompanied by the classic ambient sounds of Rainbow Dome Musick by Steve Hillage.

My book is available on Kindle globally and there’s still some paperback copies on Amazon UK.

Thanks again to Glastonbury Symposium for permission to post their footage.