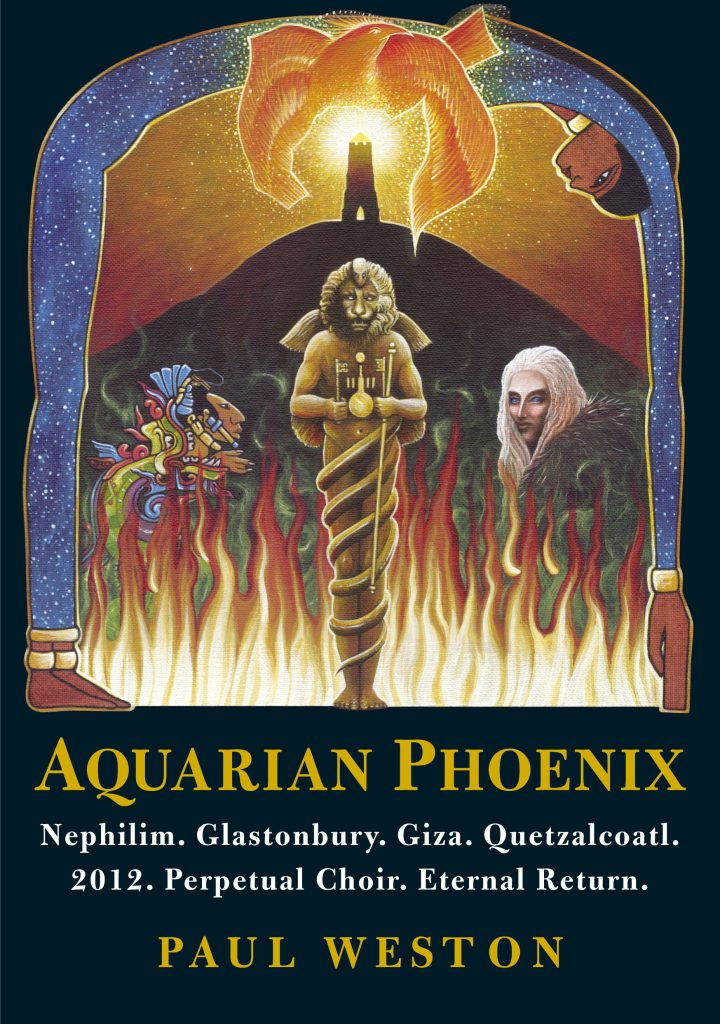 I am currently engaged in writing Aquarian Phoenix, the follow-up companion volume to Avalonian Aeon. It is part of my creative process to create the covers for my books before they are finished in order to get a feeling that they are already essentially complete in hyperspace and I just have to download them into 3D manifestation. It is a profound luxury to be able to engage the services of Glastonbury-based artist Yuri Leitch to execute my designs.

The book will include a dizzying wide spectrum of esoteric subject matter including the background behind the writing of a number of books by historical mysteries researcher Andrew Collins. His ground-breaking work on the fallen angels emerged from visionary experiences including material concerning the Nephilim in Britain (and I don’t mean the band).

Millenial fever, crop circles, the Giza plateau and the search for the Hall of Records, Quetzalcoatl and the Harmonic Convergence, X Files conspiracism and UFOlogy, Shambhala, Atlantis, Glastonbury and its alleged terrestrial zodiac, the Circle of Perpetual Choirs, the theme of the artist as magician, and a whole bunch more of contentious topics are placed in a meta-perspective through comparative research and the stories of my personal experiences.

I have ebbed and flowed with this long-term project for 9 years in a manner similar to my The Occult Battle of Britain. A number of other works manifested in the interim.  Even though hundreds of pages are already written, there is a tremendous amount still to be done that represents my greatest challenge so far. I am now committed to completion. June 2020 sees the 10th anniversary of the publication of Avalonian Aeon and the 25th anniversary of my moving to Glastonbury so that seems an obvious time to aim for.

One Response to Aquarian Phoenix